A VO2 Max Test is a measurement that reflects a person’s ability to
perform sustained exercise. It is generally considered the best indicator of cardiovascular fitness and aerobic endurance. It is suitable for a wide range of individuals, from the sedentary to elite athletes. 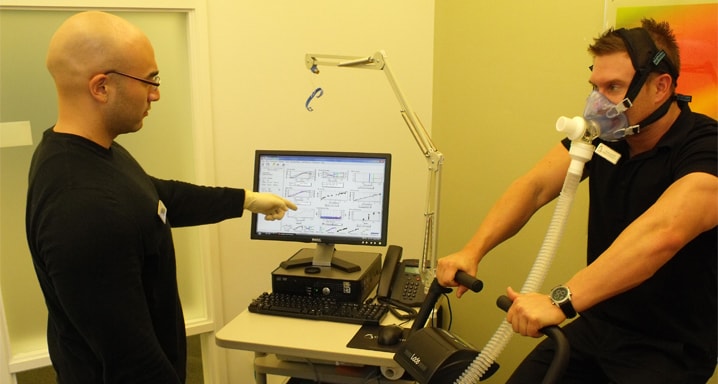 VO2 Max reflects the total capacity of the cardiac, respiratory and muscular systems at maximum exertion. It is a measure of fitness that is adjusted for body size, allowing values to be comparable between individuals.

is the exercise intensity level at which the muscle’s demand for oxygen is
not being fully met leading to “oxygen debt.” Lactic acid begins to accumulate causing burning in the muscles and increased fatigue. Vigorous effort can be sustained for an extended duration at exercise intensity levels below the anaerobic threshold. The anaerobic threshold is measured as a part of a VO2 Max test.

Why is VO2 testing important?

Most people use the heart rate tables on exercise equipment as a guide, if they monitor their heart rate at all. Individuals that appear similar can have large
differences in their anaerobic thresholds (AT), at times by more than 50 heart beats, which make these ‘generic’ target heart rates nearly useless. VO2 testing allows us to design a cardio program that is effective not only in conditioning the heart and providing the maximum post-exercise fat burn, but is efficient in terms of the amount of time spent exercising. Most of us have limited time for exercise. It must be efficient or it simply doesn’t get done.

Advanced recreational and professional athletes such as runners, triathletes, cyclists, rowers and skiers, among others, can benefit from VO2 testing. With proper training, athletes are often able to substantially increase their VO2 Max
and AT allowing them to exercise longer at a higher intensity.

Many athletes exercise too hard, whether attempting to improve endurance, lose weight, or increase sustainable speed. Testing is the only way to learn the most efficient workout intensities for your unique physiology and get the most out of every workout while avoiding “over training.” 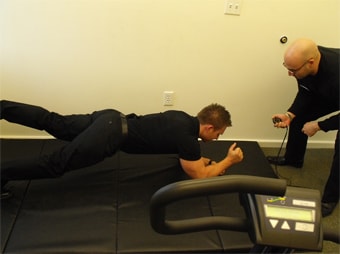